A tortured soul, who writes as a way of expressing things that cannot be said out loud.

How much of yourself is in your stories?

A few people have asked me this question over the years and I have never been quite sure how to answer it. The way I write it is impossible to keep myself out of my stories, because they basically all come from within me. I started to write because I found it hard to express how I was feeling. My characters are therefore a mouth piece to say and feel things that I am unable to express. Those who know me well see me running through my stories, those who do not know me hopefully see characters with real feelings and emotions, because they are, at source, mine.

Why did you pick your genre?

I don’t think I really have a genre. When I get asked what genre my stories are I say psychological science fiction romantic horror thriller, because in honesty I think they are all of these things or I may be wrong and they are none of them. I didn’t pick the genre, the stories just arrived, and in some cases different readers have gained different things from them, so I think I will let the reader decide what genre they are.

If you could go anywhere (real or fictional) – where and why?

I would go back to a hospital room in early September 1994 and tell my dad all the things I could say now, that I couldn’t say then. I lost him on 09/09/94 and there is still a hole in my life because I couldn’t tell him how I felt.

Who are your main characters in your book(s): can you tell us something about them?

Jack, one of two main characters in my first novel Fade, is a writer troubled by his past and trying to come to terms with the loss of his first wife. He has come back from looking over the edge of his personal abyss with the help of Alice. He loves her more than life itself, but is at the same time scared because she has come to know him more than anyone ever has.

Alice has struggled to find her place in the world. She has never felt like she fitted in, felt different but never knew why. She expresses herself through her photography, because it is the only way she knows how to express herself, until she meets Jack. In helping Jack unlock his emotions she unlocks her own, but it is only later that they both learn her true nature.

Domino is Jack and Alice’s daughter. A typical 14 year old when we meet her in Fader, an extraordinary 16 year old by the end of the trilogy in Faded. If I tell you much more it would ruin the surprise so you will have to read the books to find out more, but I will tell you she almost saves the world.

Will there be a sequel?

I think I may have given that away in my character descriptions. Fade and Fader were the first two parts of a trilogy. Faded will be the concluding part, but that is not the end of the story. A separate tale starts with Phase IV and is already drafted, and a fifth novel, hinted at in Fader, is already coalescing in my head. But those are for another day.

I am Project Manager in the construction industry, currently working on one of the biggest construction projects in Europe. I write when I can, when work, family, and life, allow it. I started writing originally shortly after the death of my father, but the arrival of two daughters took away my free time. Now they are grown I use writing as a form of therapy against anxiety and depression.

To date I have written and self-published two novels, and two collections of short stories. The third novel will be published in 2019, with hopefully more to follow in the years to come.

Like many others in my position, I don’t often say I am a writer when people ask me what I do. It’s definitely a part time thing, and I don’t think it will ever mean I can retire and live off my writing. Writing is, however, something I do and I will continue to do as long as my brain continues to push out stories.

WHERE IS MY WRITING

My books are available as ebook or paperback via Amazon. 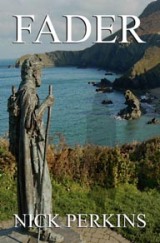 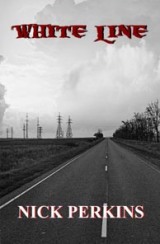 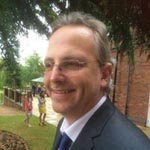