One of my favourite books, Have His Carcase, is one in which the heroine finds a very fresh corpse on a beach and takes so long to get help, the tide has come in and swept it off by the time anyone can get to it.

Whenever I read the efforts she has to make, I can’t help thinking ‘why doesn’t she just…’ until I remember it’s 1932 and she’s a long way from civilisation let alone any kind of phone or telegraph office.

At least Dorothy L Sayers was writing about her own era so she knew what her characters’ challengers were. We have to research.

When writing fiction set in the past, it’s easy to forget what wasn’t around at the time. It’s hard to explain to my teenage children for example, let alone remember, that when I went to university, I had to communicate with all my friends and family by letter. It wasn’t even particularly easy to telephone unless you fancied queuing in the rain while someone told her boyfriend for the 300th time how much she loved him.

With Liz Hedgecock, I’ve been writing the Caster & Fleet series which is set in late 19th Century London. Our characters, Katherine and Connie, met in a cafe on a rainy day in November 1890 and soon found themselves unexpectedly solving a mystery. Despite disapproving relations and romantic distractions, they haven’t looked back since.

I’m often asked how realistic we think our characters’ freedom is. Liz and I like to think their adventures are as likely as adventures in books generally are. It would be rather dull if they simply followed the norms for their generation and class. And we also know that a great many women didn’t do that anyway – they travelled the world, applied for jobs they weren’t expected to, refused to ride side-saddle, rejected corsetry. Connie and Katherine haven’t done any of those things but they push the envelope nonetheless (and frankly, if you told Katherine to ride a horse, I daresay she’d refuse to do it side-saddle too.)

However, they’re still stuck with 19th Century communication techniques. There were more postal deliveries per day than there now. They can afford telegrams, they have a telephone each but a great many other people don’t, including Katherine’s in-laws in rural Berkshire which may only just about have some sort of telephone in the telegraph exchange by now but nothing out to any of the houses, no matter how grand. So contacting people quickly is challenging.

(This didn’t stop me from writing ‘Katherine had a series of emails to look through’ the other day, perhaps because I’m about to go back to work after a short break and am dreading doing the same thing.)

If you’ve been following the series, I hope you’ll be thrilled to know that book five in the series is ready to purchase. ‘The Case of Fateful Legacy’ starts in November 1894 with a party to celebrate James’s birthday and the success of Connie and Katherine’s business. Even the news of the death of a rather cantankerous old lady in the village can’t spoil the mood. And then – it turns out that the death might not be so simple at all and James’s sister is implicated. Connie has gone home – should Katherine bring her back to investigate? Of course she should.

If you like a country-house murder mystery, this could be for you. With action in rural Berkshire and rainy London, it will take more than toddler tantrums and troublesome relations to stop Katherine and Connie seeing that justice is done.

Out now in paperback and e-book. ‘The Case of the Fateful Legacy’ opens a box of secrets no-one knew existed. 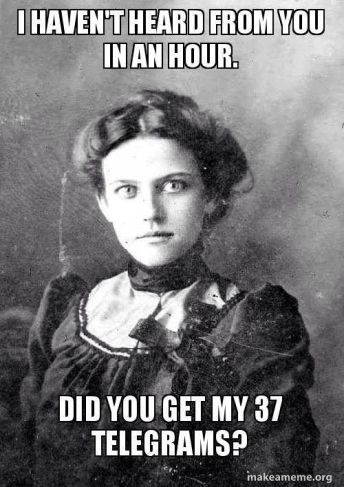 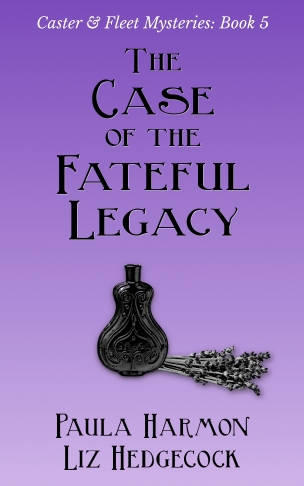 3 thoughts on “The Case of the Fateful Legacy”