How is an older reader any different from a younger one? We aren’t of course – except for the level of irritation we may feel when reading how we’re portrayed.

A great many industries have fallen foul of this (retailers – you know who you are) and the writing industry is one of them.

Things some authors forget about people over fifty and indeed over seventy:

Under the spare bed I’ve stored various story segments written between the ages of sixteen and thirty. Whether I’ll ever do anything with them I don’t know.

In my teenage jottings, all the main characters are under eighteen. Anyone over twenty is of doubtful interest since their sole function is to do what the adults around me seemed to be doing: boss people about and mess things up for the next generation.

Back then, older people said if we worried about the future we were naïve and if we didn’t we were frivolous. ‘All you care about,’ they said, ‘is sex, awful so-called music, ridiculous fashions and avoiding settling down.’ (From what I recall we were interested in all those things – as are young people in every generation – but also the fairly major risk of being blown up in a nuclear war because of sabre-shaking adults.)

At twenty-one, I graduated and started working. The characters in my stories then were also in their twenties, torn between having to earn a living, wanting to do something interesting instead, wondering if they would ever find The One and fundamentally feeling that adult life was frankly not worth the bother.

After I hit thirty, there was a long gap when I didn’t write much at all, because earning a living turned into a career, The One finally turned up (albeit not to the timetable I had in mind as a teenager) and consequently I had two children. Adult life, whether worth the bother or not, got in the way.

By the time I got round to writing properly again I was, of course, older.

Things that I’d discovered in the meantime included:

By the time I started writing again, I realised that whatever age my characters were they had to be as multi-faceted as real people.

How have I tried to reflect that in my own stories?

Murder Britannica is a humorous murder-mystery set in 2nd Century south-east Wales. Its main characters Lucretia and Tryssa are two British women in their fifties who have loathed and subsequently avoided each other since since their teens. While the self-absorbed Lucretia is the richest woman in the area, suddenly she has to rely on Tryssa, the wisest woman in the area, to stop a string of mysterious deaths from really getting out of hand. I had great fun writing about them. Lucretia doesn’t think she’s too old for anything, whether it’s getting even richer or flirting with eligible (e.g. rich) men and thinks Tryssa is dull and possibly sneaky. Tryssa feels maturity should equal wisdom and equanimity and thinks Lucretia is ridiculous. A second book about them will hopefully be out in Spring 2020. It’s set in Durnovaria (modern day Dorchester) and while Lucretia’s visit to an old flame uncovers more than a plot to defraud her of money, Tryssa finds not just answers to a buried secret but also unexpected love.

The Cluttering Discombobulator is a fictionalised memoir about my father. It flips between memories of being a child in the 1970s and being the forty-something daughter of an elderly man who runs amok with a mobility scooter. The book started when my father challenged me to write an interesting short story about a retired couple, one of whom is in a wheelchair. Over time and circumstance, it morphed into something else entirely.

Kindling and The Advent Calendar (collections of short stories, many of which are based on real events and/or places) have plenty of young people on the edge of adulthood or adolescence but also several older people revisiting their youth to close a circle.

Weird and Peculiar Tales (co-written with Val Portelli) features several older people either on the wrong side of things that go bump in the night or being the thing that goes bump in the night.

Starting with The Case of the Black Tulips, the Caster & Fleet series (co-written with Liz Hedgecock) is set in 1890s London. Katherine (25) and Connie (22) team up to solve one mystery and end up solving several. There’s romance, humour, dark deeds and plenty of tea. Where are the older characters? Well in an era when a nice girl (even aged 25) was still largely under someone’s supervision a lot of the time, Katherine has Aunt Alice and Aunt Alice’s friend Mina to chaperone her (assuming she doesn’t climb out of a window or something). Aunt Alice has been trying to bring up Katherine and Katherine’s sister Margaret since their mother’s death. She’s loving, shy, unworldly and doesn’t really feel equal to her nieces’ fire. She’s quietly horrified that Katherine’s working – even in a job suitable for a nice middle-class girl – and would rather live in genteel poverty. Her quiet and somewhat secretive friend Mina is more inclined to turn a blind eye to Katherine’s activities. Alice and Mina are both in their late forties, perhaps considered old maids. Has life passed them by? Perhaps it hasn’t. There are also two much less retiring women. One is Connie’s mother who could turn a disappointing jelly to stone with one glare and whose efforts to marry her daughter off to any suitable young man are the main reason Connie escapes to a side-street restaurant one rainy lunch-time and meets Katherine. The other is Penelope, the aunt of the young man who may or may not be on Katherine’s side. If anyone would swing from Tower Bridge the minute it’s built, it would be Penelope. As the bridge isn’t quite finished when we meet her, she settles for a different adventure altogether. There are older men too – enigmatic Mr Maynard, the senior civil servant and entrepreneurial Mr Templeton, the manager of a music-hall.

As a reader, I’ll read anything. I like old classics, I like new finds. I like mainstream fiction, genre fiction, young adult fiction and children’s fiction. I don’t care if the main characters are six or a hundred. The key thing is they need to be interesting and roundly authentic.

As a writer, I find my characters tell me how old they are and I go from there. I myself haven’t got to sixty yet, let alone eighty or a hundred. Will that stop me writing about someone who tells me that’s how old they are? No. But I’ll do my best to make them real.

Before you make assumptions, have a look at the Books for Older Readers website and see what’s there. You’ll find quite a range.

There may even be a few that older readers are apparently too old to understand.

Who’d have thought it?

The Books for Older Readers Facebook group and website was established in October 2017 to promote books (mainly fiction) with older protagonists or themes such as ‘second chances’, which tend to appeal to readers in mid-life or beyond. 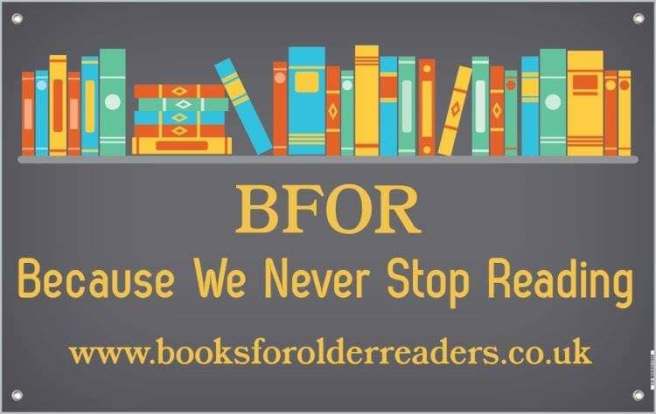 Words copyright 2019 by Paula Harmon. All rights belong to the author and material may not be copied without the author’s express permission.

5 thoughts on “Writing Between the Fine Lines” 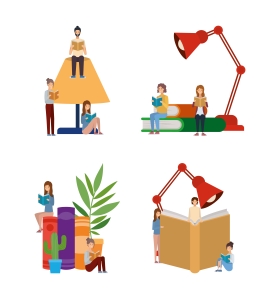